Not posted in ages, so must make up for it.

Back in March I did these Perry 28mm British. The intention is that they be used for Muskets & Tomahawks Napoleonic or for Rebels & Patriots. Since March I've done these figures and French opposition and have had games of both M&T and R&P and the club. Both games were fun, though I feel R&P plays much quicker.

Here is the painting progress. They were done with a mix of layer style painting and Contrast or Speedpaints. For me, I've found that Contrast and/or Speedpaint do really well for flesh, boots and shakos and British backpacks. 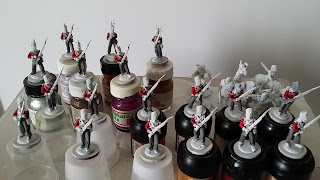 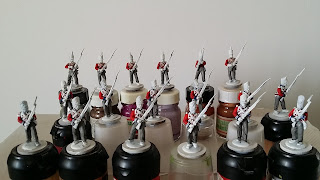 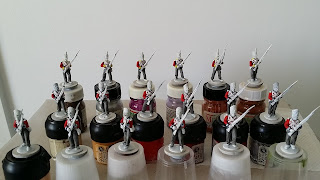 First batch starting to look like what's wanted. I've done them as 12 figure line units or blue, green and yellow facings (the yellow done as the 28th). The rifles will be 6 figure units. 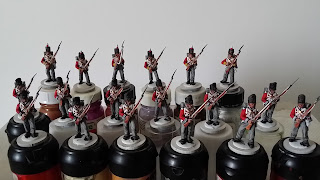 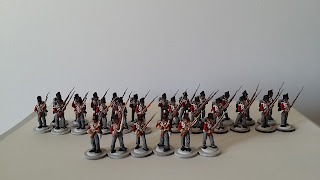 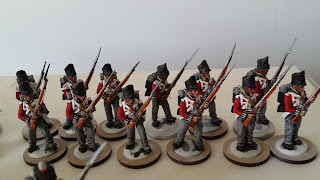 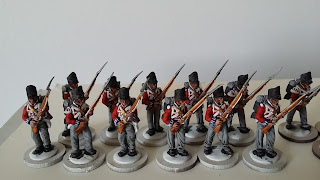 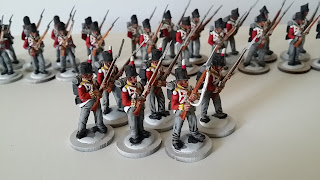 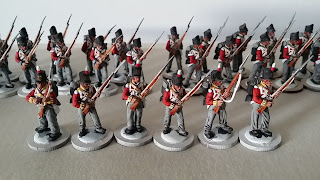 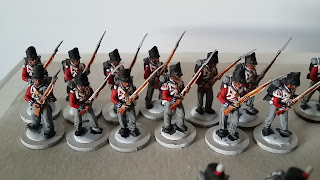 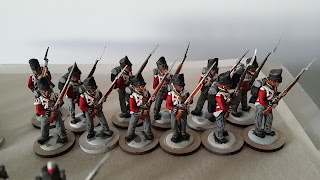 On to the officer and the rifles. I'm trying to eventually get a good scarlet for the officer's tunic. 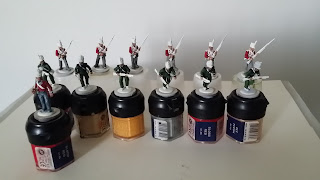 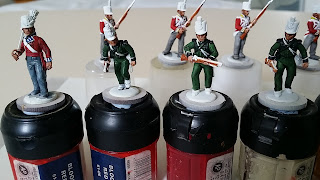 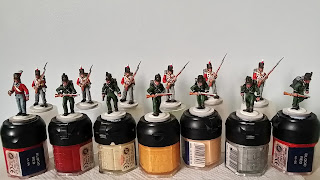 How the rifles look. 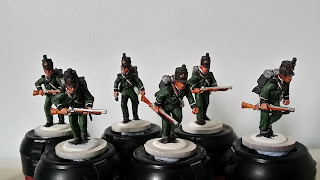 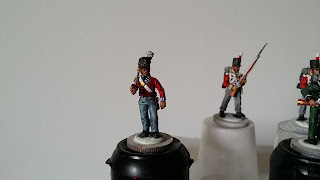 And how the whole lot looks before I do the bases. 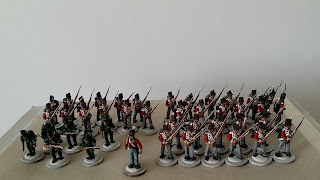 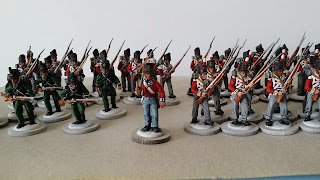 And here is the start of the French. 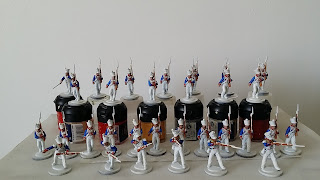 I'll post soon on the progress of the French.
Posted by Tom at 06:15